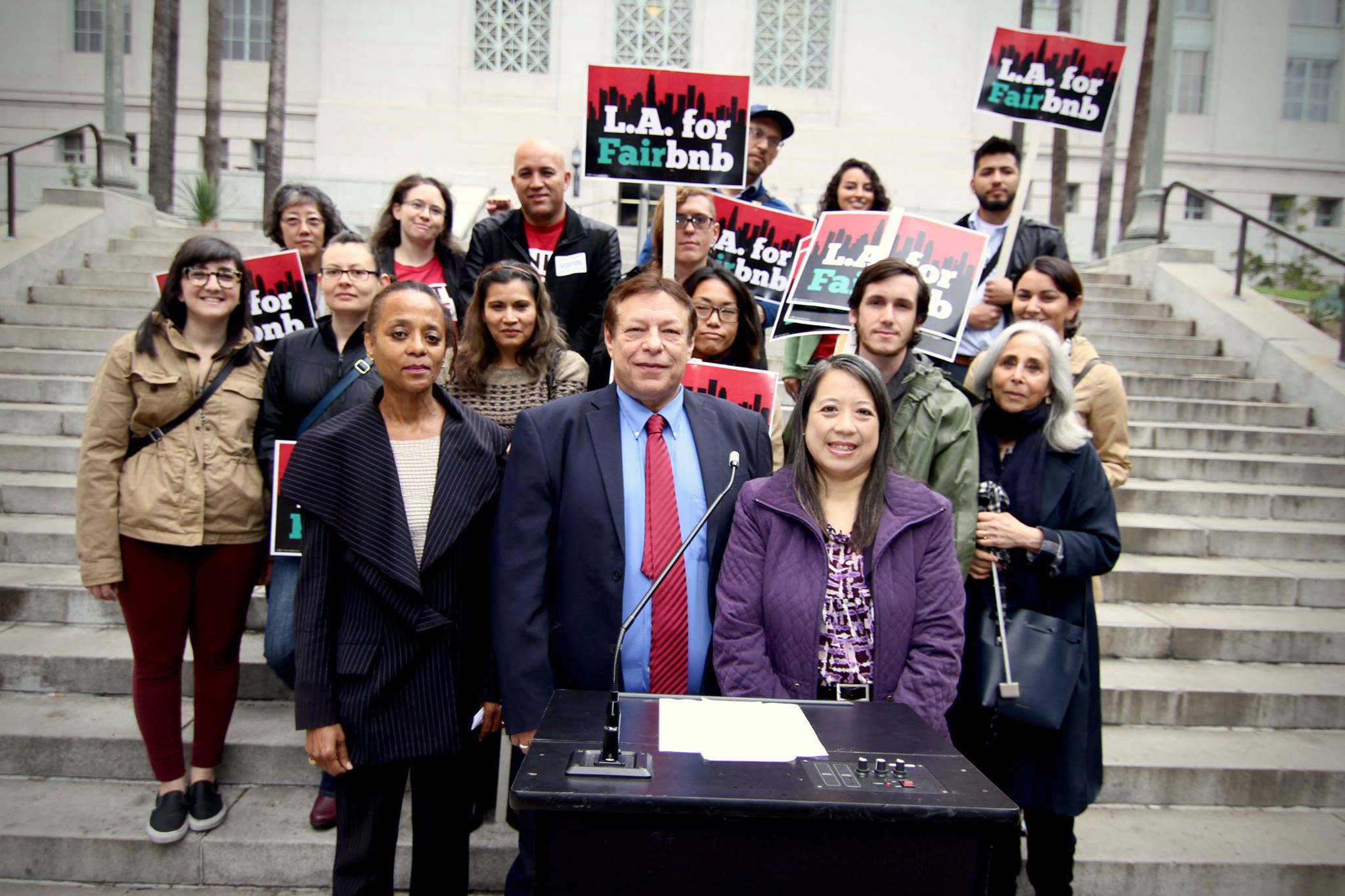 We are worried about the 180-day cap on total number of days hosts can rent short-term that is in the current draft of the ordinance being reviewed by the City Council.  We are calling for a 60 day cap—which will allow true home-sharing but also protect housing.

“Regulations must include a cap on the total number of days hosts are permitted to rent short-term.  This cap must be low enough as to not economically incentivize landlords to rent short-term instead of long-term,” explained Becky Dennison, Executive Director of Venice Community Housing Corporation. “The current draft has a cap that is much too high. We believe the right number is 60 days per year—and other cities agree.” 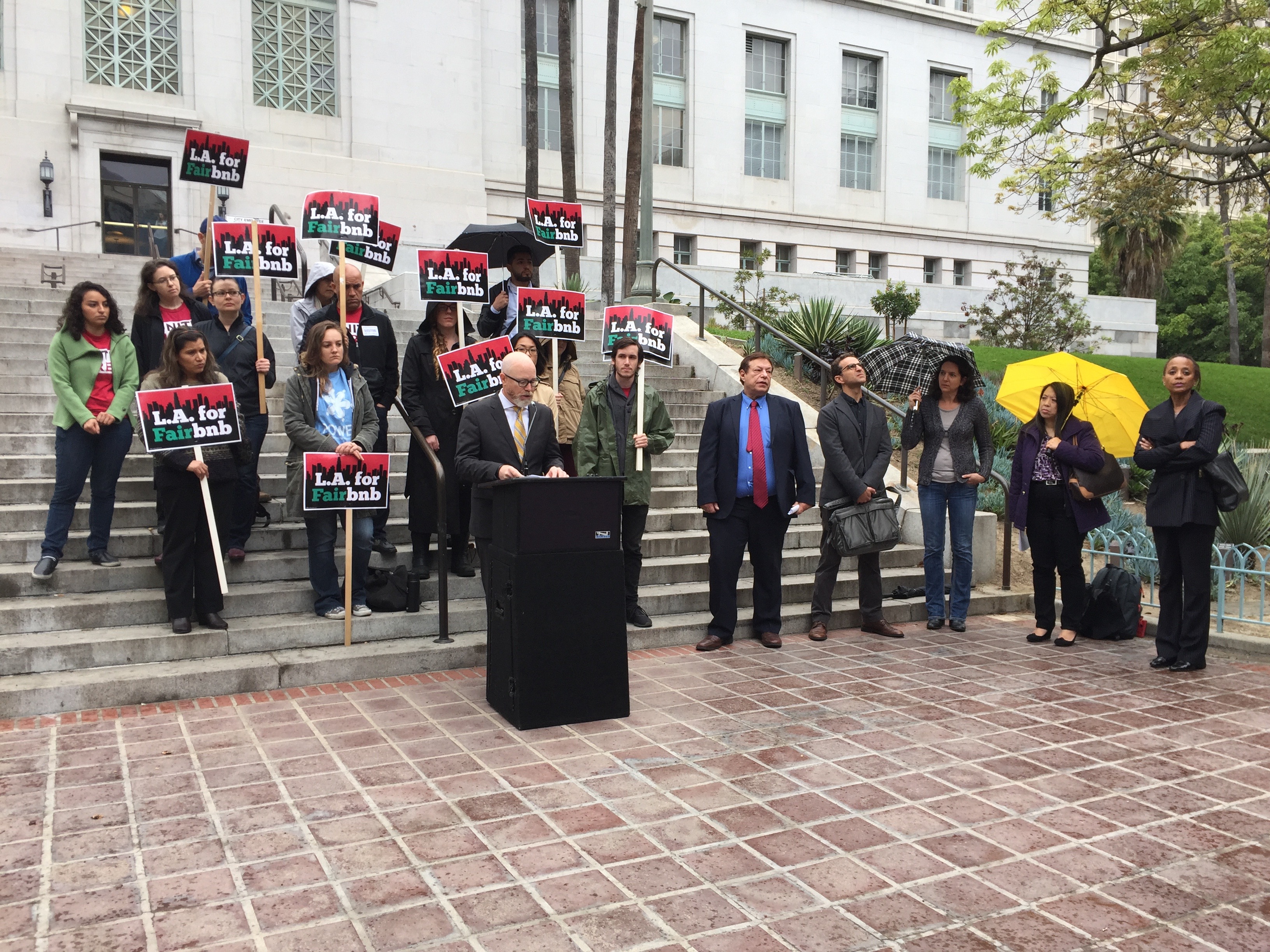 Dennison mentioned caps of 60 days in Santa Monica and Amsterdam; as well as 90-day caps recently implemented in San Francisco, New Orleans and London.  Palm Springs enacted a cap of 32 days. The draft ordinance currently being considered in Los Angeles includes a cap of 180 days, or six months out of the year.

We also expressed strong support for banning any type of short-term rentals in rent-stabilized (RSO) units, arguing that allowing RSO units to be rented short-term will result in significantly more risk for some of our most vulnerable renters than any possible benefit. 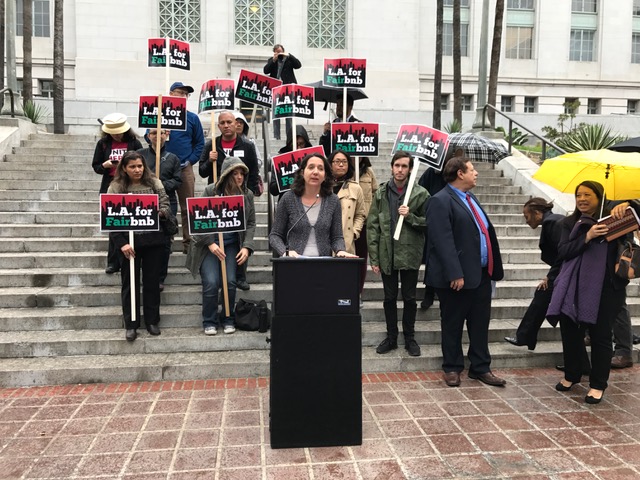 We are expecting a firm date for the next hearing, by the City Council’s Planning and Land Use Management Committee, in the next few weeks.