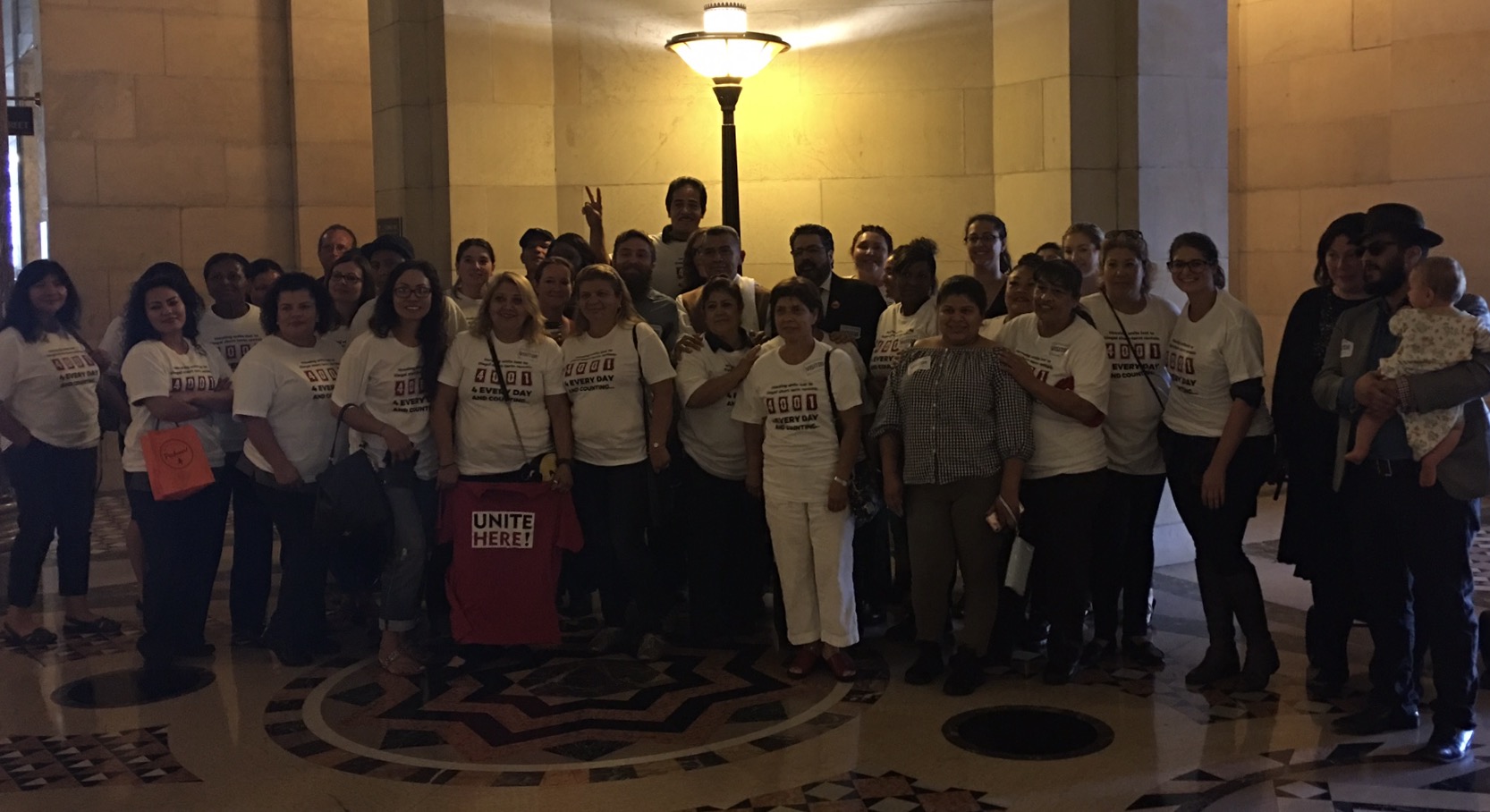 On September 8, we joined our affordable housing partners at City Hall. We reminded them of the impact short-term rentals are having on residents and neighborhoods while they drag their feet on enforceable regulation. We had dozens of supporters on hand and we shared many stories of lost housing and lost neighborhoods. Supporters were wearing shirts with the number 4001 (and counting) printed on them—symbolizing the number of housing units lost to short-term rentals all over City. We told the Council that every day they wait to take action, 4 additional units are removed from the market—making the current crisis increasingly worse.

We suspect that the next hearing of the City Council’s Planning and Land Use Management (PLUM) Committee will be in October. As usual, we will be organizing our supporters to be a loud voice for the Council to consider.

Airbnb has been able to get away with profiting from unenforced regulations. A new documentary exposes how the tech giant has influenced politics in San Francisco in its favor. What's happening in San Francisco is not unique - we see the same influence in Los Angeles and around the world. We think this documentary is a great cautionary tale.

Updates From Near and Far