Making LA a leader, Learning from other cities' mistakes

We are looking forward to the release of the draft ordinance and report for the City of Los Angeles’ Planning Department. KNF has been fighting, mobilizing, and lobbying to ensure that Los Angles is a leader in the region, and passes the first comprehensive and enforceable short-term rental ordinance in California!

We have learned so much from other cities that have gotten it wrong, like San Francisco.

We are working with housing advocates to ensure that affordable housing is protected with any new rules.  We will keep you updated as new updates arise, but we expect to need your help very soon.

Sharing this letter we received from a local housing advocate.

We applaud the leadership of California State Senator, Mike McGuire, a Democrat from the Sonoma County city of Healdsburg, in crafting legislation which allows municipalities to protect housing and neighborhood quality of life.

SB 593 promises to give California’s cities and counties the uniform regulatory framework essential for holding hosting platforms, such as AirBnb, Flipkey, Vacation Rental by Owner (VRBP) accountable and would make it easier for cities to collect taxes and enforce regulations.

Municipalities across the state are crafting policies which would allow them to regulate the short-term rental industry. These cities have been frustrated in their efforts to understand and regulate the short term rental industry because many of the largest companies in the industry have failed to disclose basic information about their operations. SB 593 provides for that disclosure, which is the same type of information required of any business, while preserving the right of municipalities to implement appropriate regulatory measures.

If you have questions or want to influence the direction of the issue, the time is to act now!

In 2015 we were successful in bringing people from all over Los Angeles concerned about the impact of short-term rentals together as one voice.

We have shed light on the impact of short-term rentals and really become the voice of residents on this issue.

We are hopeful that the final regulations will include protections for our communities and preservation of long-term housing at all levels, including the most vulnerable rent stabilized and affordable housing.

Virtually every other jurisdiction that has enacted STR regulations is finding them almost impossible to enforce. We are hopeful that Los Angeles will learn from these errors and omissions and adopt an enforceable ordinance that can be a model for other cities. 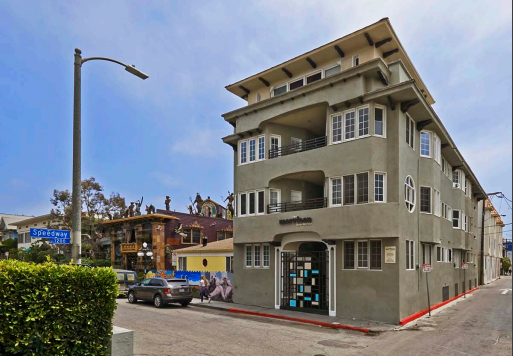 At a recent American Planning Association conference, you voiced your views on regulating the sharing economy in Los Angeles. We would appreciate clarification of your position on this important issue.

When asked how Los Angeles should regulate the sharing economy, you suggested that the City "experiment on some pieces of Los Angeles." You went on to explain that the city should "find the places for deregulation to take place, let it happen, and then when people call and complain just...let the phone ring."

To which "pieces of Los Angeles" do you refer? Does this philosophy represent your action plan vis a vis the proliferation of illegal and commercialized short-term rentals in Los Angeles?

For example, do you plan to let commercial users of online rental platforms operate multiple year-round short-term rentals and de facto hotels out of rent controlled residential dwellings, despite the subsequent loss of affordable housing? Is your goal to allow them to become so entrenched that regulation will become difficult, if not impossible?

Do you believe that the New York Attorney General is mistaken in pursuing litigation based on the findings of this recent report on Airbnb's impact on the affordable housing stock?

Do you intend to foster such illegal and commercial short-term rental ventures in Los Angeles through benign neglect? If so, how do you plan to shape the dynamics of this tech economy phenomenon, given the blinding speed at which it develops?

We appreciate your time, and look forward to understanding your perspective on these issues.